The Percolators are a well seasoned, multitalented local band playing at numerous venues in their local Hill Country area. They are frequent players at Adobe Verde Restaurant and Infernos Pizza in Gruene, the Tavern in Cypress Falls, The Powerplant in Seguin, Baja Grill, Dam red Barn and Brookshire Patio Series in Canyon Lake, and Sam’s Burger Joint in San Antonio. They have also played Infernos in Boerne, and Max’s Roadhouse, The Screaming Goat and the Tree Haus in Spring Branch, and other venues too numerous to mention.

The band was formed in April, 2018 and they have gigged regularly nearly every weekend since that time. They attribute their popularity to their exceptional musicianship and to their variety in musical genres. They play the hits in Country, Honky-Tonk, Rockabilly, Swing, Traditional, R&B, Light Jazz and Classic Rock as well as hits from local Texas songwriters. 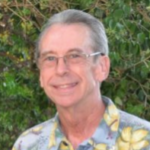 Born in Houston, Texas, Rick started playing viola in the 7th grade, switched to baritone horn in the marching and concert bands of his high school, and then played French horn in junior college in San Francisco. Rick started playing bass in 1969 and later joined Wunder Elephant, a 4-piece rock/funk band from Lake Tahoe, Nevada in the early 70’s that opened for several popular San Francisco bands such as Cold Blood and Sons of Champlin. In 1975 Rick was recruited into an 8-piece top-40 show band (Snap-Crackle & Pop), that ultimately ended up playing in Hawaii. Rick returned to Texas in 2001 after living in Hawaii for 25 years and settled in the Hill Country where he’s been playing music ever since. 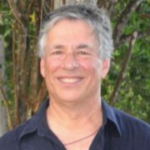 Joe began taking guitar lessons at the age of 10 and played from middle school through college with 3 other local musicians from Rhode Island. They played in numerous venues all over the New England area. He has lived in Hawaii, California and Texas, learning new material and musical genres with bands in each state. His bands have opened for renowned bands such as The Byrds, The Four Freshman, The Three Degrees, The Nitty Gritty Dirt Band, Bonnie Raitt, and many others. Due to his continued musical interests with every new band, he is eclectic in playing all types of music.

Mike was born into a musical family as both parents were multi-instrument lifetime musicians. He started on piano at age 5 and gradually added accordion, trumpet, French horn and guitar by the time he was in high school. From his first band as a freshman in high school to date he has gigged for more than 50 years. He is a lifelong pianist who has added all additional instruments listed above to the mix over the years. As a teenager, he played keyboard in church with Richard and Karen Carpenter, and was an opening act for Ernest Tubb, Ray Price, Two Tons of Steel, The Derailers and Ricky Fowler. 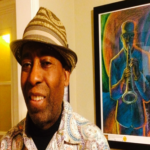 Bert has been known for his ability to adapt to any musical situation and with a Spirit that will Move You. With 50 years drumming experience starting when he was growing up in New Jersey at a young age. Bert was able to hone his craft as a drummer in local area bands as well as being in backup bands for many of the singing performers/individual solo music performers during school talent shows and professional shows in night clubs. His early influences were Motown, James Brown, Sly Stone, STAX, and the Philly Sound while playing in and around the NJ, NY area. After moving to southern CA, he became an independent music rep for PAISTE Cymbals, SONAR Drums, LA Percussion and SABIAN Cymbals and played for various regional recording artists. During his time as an industry representative, Bert had the opportunity to sponsor clinics with, befriend, and learn from some of the most well-known and respected drummers in the music business.

As you can see from reading the biographies above, all members are seasoned musicians with over 175 years of combined musicianship. They take their music seriously and professional in every way. Their prices are reasonable. They would love to add your venue to their list of sites played. Please consider them for your next event. 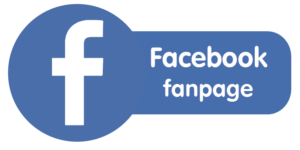 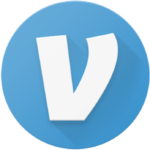